SLC Property has helped secure planning permission to build a bus interchange in the West Midlands, which is part of a transport interchange project being led by Transport for West Midlands (TfWM), West Midlands Rail Executive (WMRE) and Birmingham City Council.

Located in front of the neighbouring One Stop Shopping Centre, the redevelopment of the Bus Interchange will greatly improve access to the public transport network for local people and businesses in the Perry Barr area.

This £30m transport interchange project also includes a new railway station and improvements to the public realm outside the One Stop shopping centre.

Plans for the railway station were approved by Birmingham City Council earlier this year and work to construct the new station is well underway.

SLC Rail is managing the rail station project in a joint venture with AECOM and plans for the railway station were approved by Birmingham City Council earlier this year and work to construct the new station is well underway. 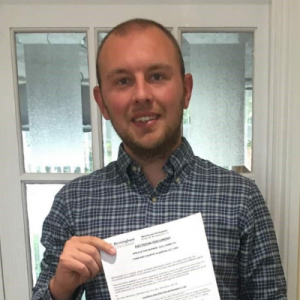 Peter Gillan, Senior Planner at SLC Property said: “We are delighted to continue to support Transport for West Midlands and West Midlands Rail Executive in bringing their ambitious and exciting vision to life.

“Securing planning permission for the bus interchange at Perry Barr ensures that delivery of the new £30 million transport interchange remains firmly on track.

“I’d like to thank the local authority officers and the entire project team for their endeavours in enabling the timely approval of this scheme.”

Back to recent news